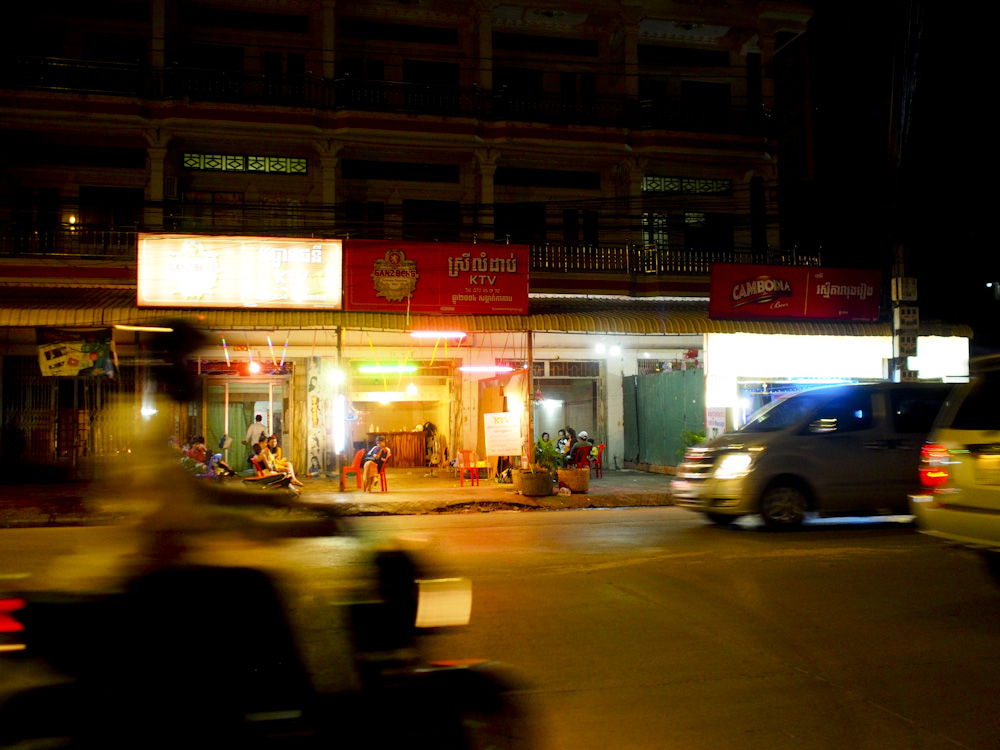 Ever since 2009 when I watched my first film on the sex trade and human trafficking in Cambodia, I felt a huge tug in my heart, an overwhelming sense of mixed emotions, followed by my natural compulsive urge to go and be a part of making a change. How can such injustice exist in this world? Do the women and kids even think of it as injustice and see themselves as the victims? My heart pains with empathy, yet flooded with confusion. I want to learn more.

In 2016, I finally took the plunge to venture out to Cambodia with the purpose of learning more about ministries that strive to end human trafficking. Below is an excerpt from my journal documenting my reflections when I was there.

Walking along the streets of Cambodia, there would be fluorescent red signs saying “Angkor” promoting their local beer. Then right next to the sign is often the 3 letters KTV.  Our team wanted to go sing karaoke for a fun night out knowing that there is one around every couple street corners. Until this past week when we were told that they were converted brothels where the dark business of the sex trade hustled loudly within the tinted windows and heavy doors. Before the government closed brothels, KTV was just an ordinary karaoke bar. However, after the government decided to take action on the infamous and thriving brothel business that boasts both shame and pride for Cambodia, the KTV buildings became the secret playground for prostitutes and foreigners. In the buildings, around 80% of women sell sex and 20% are unwilling. Of those unwilling to sell their body, they are terribly mistreated, raped, beaten and often held at gunpoint.

How did all this terrible chaos start?

Why would any human want to degrade themselves to being treated as an object or commodity? Women would stay in the KTV’s and continue working there, their main motivation is the money. For each beer they drink, they get 25cents. They also have no hope of finding outside work due to their lack of education. Furthermore, their life is at risk if they ever try to run away as each of them owe so much debt to the owner.

One of the organizations I got to visit, called Precious women, provides a refuge place for the girls to come after work to train in skills such as spa, massage, manicures, hairstyling, cooking, and sewing, in attempts to help them gain skills and external income to exit their night job.  Solida, the owner, told us that she would often get suicidal calls from girls crying to her that they just lost their virginity and feel worthless. To women in Khmer culture, losing their virginity makes them “feel like nothing is important for them anymore”. Their worth and value is gone. However, after the initial pain of routine abuse, forced cycles of abortions and numerous suicidal attempts, its no surprise they have nothing left to lose anymore but to continue earning lots of money as long as they remain a good toy for customers.

Today, we had a chance to pray over a safe house, built by another organization called Ratanak.

The safe house is a place of refuge for the women, offering counselling, various life skills courses, and english tutoring. The healing journey from trauma and panic takes years and suicidal rates are extremely high. The women often feel worthless, ashamed, and unable to face their family again, so family counselling is also offered to help the transition process. It’s not easy leaving the trade and they are really risking their lives at gunpoint many times. Ratanak commits to working closely with each of the girls and their families through personal coaching in their emotional healing journey so the girls don’t get re-trafficked.

We hopped back into the van for a drive around the neighbourhood. Streets flooded with Angkor branded KTV shops lined one after another, an open storefront that looks like a dark garage space with an inviting couch lined with women. Solida and one of her girls were in the car with us and we were chatting with her girl, until suddenly she wanted us to drop her off at work. Watching her leave our van, we see her proceed towards a KTV storefront and disappear inside to join her friends on the couch. What an uncomfortable moment. We just sent a girl to work.

Yet another night shift for them. The cycle repeats.

Upon my return to Vancouver, I was determined to create a social enterprise cafe out of Food Connections. The goal is to create dignity through employment for a vulnerable group that don’t have a voice.

On September 29th, I’m taking part in the Ride for Refuge. raising money in support for Ratanak, the organization I mentioned above, whose committed to restoring those robbed of freedom and protecting the vulnerable.

Join me in advocating for freedom by your support!
Click here to join my biking team or contribute financially to the work that Ratanak is doing.

“Loneliness and the feeling of being unwanted is truly the most terrible poverty. Yet this is the hardest need of all to meet, since love can’t be bought or traded, pressured or forced. It can only be offered freely.”
Subversive Jesus, Craig Greenfield

Food Connections uses event storytelling to advocate and inspire others about a social cause. Click here to see more on how we used catering to illustrate the story of human trafficking.